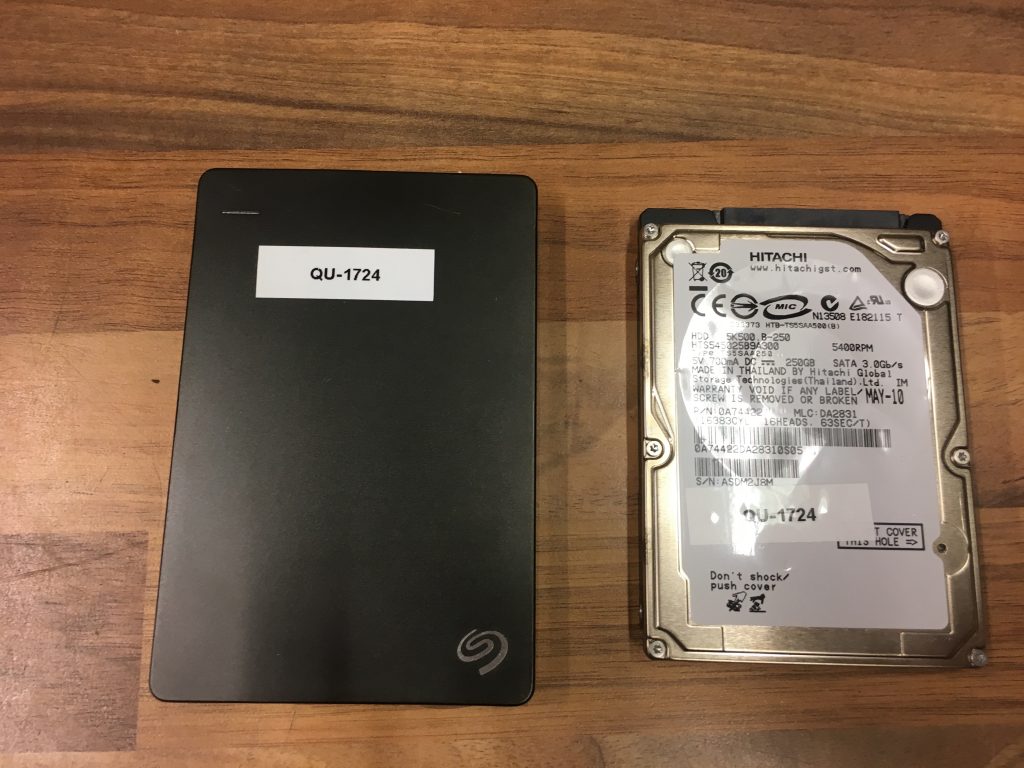 A few weeks ago we received a couple of drives that were in a fire.  Luckily there was no one hurt, but the laptop had basically melted due to the ferocity of the fire.  The laptop, or what was left of it, arrived at our shop in a bin bag, still wet from the water that the firemen had used to put out the fire.   We also received at the same time, a backup drive.  The customer wasn’t sure if the backup had the most recent files or not, but as the drive was near to the computer, and was smoke and water damaged, ALL the data was at risk.

Amazingly, both the drives were still partly functioning.  The backup drive was effectively working and the laptop drive once extracted from the melted computer survived long enough for us to extract vital information for the customer, who is an academic writer and translator.

The customer was very glad the recovery worked but it could have been easily equally bad news.  If the fire had gotten a good foothold, or if the fireman didn’t get there in time, both the data on the computer and the backup might have been lost.

This case is a prime example of the importance to keep the backup regular and recent and in a separate location to the main machine, in case of Fire, Damage, Theft etc.    We would also recommend maybe further backing up important data to another location, or on the cloud as a failsafe.